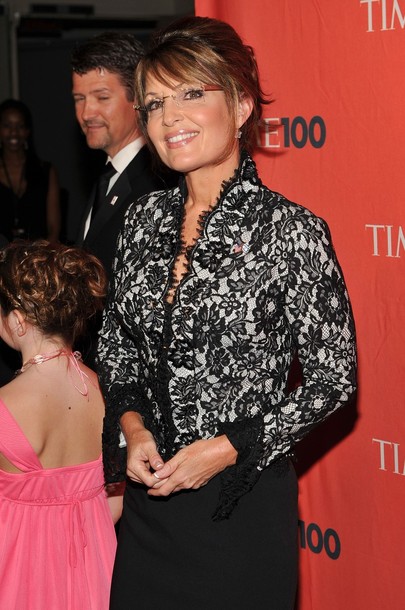 UPDATED at end of article.

Sarah Palin’s recent email to Time Magazine Congressional Correspondent Jay Newton-Small started off congenial enough. The mood soon shifted dramatically when Gov. Palin attacked the magazine over the “total lies” that had been published about her. Included in her email is not only a call for a retraction of the false stories, but a demand for an apology to Fox News‘ Sean Hannity and Christina Aguilera who were both included in the story Time ran. The text of the email follows:

Jay – pls tell your bosses there at Time Magazine thank you for the invitations to attend the upcoming functions. I’ll sure put a lot of thought into those invitations.

Then, have your editors retract Time’s most recent ridiculous lies about me supposedly giving Sean Hannity a radio interview wherein I supposedly talked about Christina Aguilera (that I slammed her for her Nat’l Anthem mistake, and called for her deportation, etc). You guys were fooled into running a fake story that even US Weekly pulled and apologized for their blunder. Total lies – and you guys (once again) even put quotation marks around things I have never uttered.

Then, Time needs to run an apology to Christina along with the retraction. (Add Hannity in your apology, too…those good folks don’t deserve to be in a caustic, untrue story about me.) Thanks much – keep up the great work, Time Magazine.”

Last May, Sarah was named by Time Magazine as one of the most influential people in the world. No doubt the invitations she’s talking about are to yet another function where she will be honored.

As Stacy Drake reported last week, both Us Weekly and Time Magazine were duped by a satire website that made up a story about Sarah Palin trashing Christine Aguilera’s performance at the Superbowl, when she flubbed the National Anthem. They claimed she did this in a radio interview with Sean Hannity.

Of course, the story was a lie, and the radio interview never happened. Neither Us Weekly nor Time bothered to contact Sarah or Sean for their “reporting.” They just did what many lazy, corrupt “journalists” do these days: Copy and paste.

These “satire” websites are popping up all over. No doubt due to the success of The Onion News Network. The problem is, more and more so-called “journalists“, as well as some regular people, are thinking these stories are real. In my news alerts there are three or four “satire” pieces a week on Sarah Palin alone!

This isn’t the first time a “journalist” has fallen for one of these fake stories either. They do it often.

When all of the chaos in Egypt started, MSNBC’s Rachel Maddow gleefully reported that Sarah Palin was calling for the U.S. to invade the country. For full out war. Of course, Maddow got her information from a “satire” website that put that out story.

Maddow, a glittering jewel of colossal ignorance, and the prototypical MSNBC on air “talent” was called out immediately and ridiculed as she should have been. Her excuse? “Glenn Beck made me do it!” That’s right, the left wing loon blamed it all on Glenn Beck!

Here’s the deal: At this point, if you see something reported by the media, especially something about a Conservative, you should verify it before you believe it. Today’s “journalists” are lazy and corrupt. They will print anything to hurt a Conservative as fact, without doing a second of research, or follow up.They have an agenda, and since their integrity and reputation went out the door long ago, they have nothing to lose by becoming nothing more than propaganda machines.

Just a few weeks back the National Enquirer ran a story that Sarah’s husband was having an affair, something that ended up forcing the Anchorage police department to publicly deny, as the person named, was under police investigation. The Enquirer had no evidence, just an anonymous tip from one of those throw away email accounts. The tipster went by “palinmorals.” We have a few ideas about the who, what, and where, but since we can’t prove it, we’ll leave it at that.

Journalism is dead in America. I mean dead. The media has abused it’s Constitutional right to free speech by being sloppy, corrupt, and pathetic. America deserves better. Much better.

It must be pointed out that while Sarah sent her email to Time’s Jay Newton-Small, she was NOT the author of the hit piece. In fact Newton-Small was the one who had Time correct their error.

Newton-Small is one of the few writers who has been fair to Sarah. We want to clear this up because we don’t want our readers going off on her. This wasn’t her fault, and in this case she was part of the solution, not the problem.

3 responses to “Sarah Palin Crushes Time Magazine Over Their Lies”