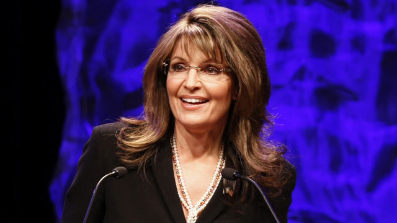 Ohio is one of the all important swing states, a must win, if someone wants to become President of the United States. Making a favorable impression on Ohioans goes a long way towards winning over the entire nation.

Though some national polls that over sample democrats and don’t include likely voters [the only reliable group to sample] have shown Sarah Palin has a “favorability problem,” every legit poll that specifically targets likely Republican voters and Republican leaning independents has shown Sarah Palin to have the best favorability among the candidates. This has been consistent since serious polling for 2012 started.

We’re 15 months out from the general election of November 2012, and some 8 to 10 months away from settling the primaries. That’s too far away to use votes as a guide as to who will be the Republican nominee. In fact, history shows those who lead early also peak early, and rarely make the final cut of candidates vying for the nomination. After all, other than a few debates, no one is really campaigning yet.

Favorability is the key this early on. The fact that Sarah’s favorability is always higher than any one else, among the folks who will actually nominate her, is the key. High favorability means people will listen to what she has to say, and once she starts putting forth more of her plans to Revive, Renew, and Restore America, the likelihood of a large, receptive audience is far greater than with any other candidate.

A lot of folks live and die by polls that show supposed vote count, and over a long period of time one can spot certain trends, but the numbers to look at this far out are the ones measuring favorability. Those trends show Sarah Palin is consistently seen in the best light by Republicans and Republican leaning independents.

In my opinion, favorability equates to potential voters. At the very least it means a large group of people who will listen to what a candidate has to say.

In a key state like Ohio this spells trouble, not only for the rest of the Republican candidates, but Barack Obama too.