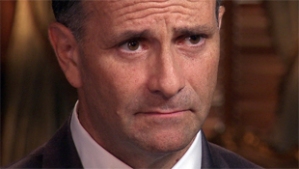 On October 29th, when I sat on a panel during the first ever Grizzly Fest Summit, I spoke about being “disillusioned” with the state of politics and Washington DC prior to learning about Governor Palin in 2007. Disgraced former high-power DC lobbyist Jack Abramoff had a lot to do with that because as the Washington Post described back in 2006 (emphasis):

Former Republican lobbyist Jack Abramoff was sentenced to five years and 10 months in prison on March 29, after pleading guilty to fraud, tax evasion and conspiracy to bribe public officials in a deal that requires him to cooperate in an investigation into his relationships with members of Congress. Sources familiar with the federal probe have told The Post that half a dozen lawmakers are under scrutiny, along with Hill aides, former business associates and government officials.

Which is one reason I gained admiration for Governor Palin after reading about her record. I wasn’t turning a blind-eye to corruption in DC just because the players involved had R’s next to their names, and neither did she back in her home state. In fact, she risked everything to expose corrupted officials in her own party, which I knew at the time is exactly what it would take to clean up government at every level.

Sunday night, CBS conducted a fascinating interview with Jack Abramoff in which he gave details about how he was able to “influence politicians and their staffers through generous gifts and job offers.” CBS reported that:

As a Republican lobbyist starting in the mid 1990s, he became a master at showering gifts on lawmakers in return for their votes on legislation and tax breaks favorable to his clients. He was so good at it, he took home $20 million a year.

Lesley Stahl opens the interview by getting Abramoff to go into detail about his business leading up to his arrest:

Stahl: Can you quantify how much it costs to corrupt a congressman?

Abramoff: I was actually thinking of writing a book – “The Idiot’s Guide to Buying a Congressman” – as a way to put this all down. First, I think most congressmen don’t feel they’re being bought. Most congressmen, I think, can in their own mind justify the system.

Abramoff: –rationalize it and by the way we wanted as lobbyists for them to feel that way.

Of course they did.

Abramoff then goes on to describe how he spent over $1 million on tickets to sporting events lobbying public officials. Purchasing box seats for them and all of their guests and discussing the fact they didn’t care if it was legal or not.

Then Abramoff discloses what felt was “best way” to get an official to do what he wanted them to do (emphasis):

Abramoff: But the “best way” to get a congressional office to do his bidding – he says – was to offer a staffer a job that could triple his salary.

Abramoff: When we would become friendly with an office and they were important to us, and the chief of staff was a competent person, I would say or my staff would say to him or her at some point, “You know, when you’re done working on the Hill, we’d very much like you to consider coming to work for us.” Now the moment I said that to them or any of our staff said that to ’em, that was it. We owned them. And what does that mean? Every request from our office, every request of our clients, everything that we want, they’re gonna do. And not only that, they’re gonna think of things we can’t think of to do.

I think that speaks to how our elected officials operate. If they mindlessly allow their compromised staffers the ability to dictate their actions, they never were who they claimed to be while getting elected. It’s disgraceful.

Abramoff: At the end of the day most of the people that I encountered who worked on Capitol Hill wanted to come work on K Street, wanted to be lobbyists.

Stahl: You’re telling me this, the genius of figuring out you could own the office by offering a job to the chief of staff, say. I’m having two reactions. One is brilliant. And the other is I’m sick to my stomach.

Stahl: ‘Cause it’s hurting our country.

Abramoff: Shameful. Absolutely. It’s the worst thing that could happen. All parts of the system.

Leslie Stahl also interviewed former congressman Bob Ney for this segment. Ney resigned in 2006 and served 17 months in federal prison after pleading guilty to charges of conspiracy and making false statements under oath in relation to the Abramoff scandal:

Stahl: Did he own you?

Bob Ney: Oh, I don’t believe Jack Abramoff owned me. But were we involved in the culture of corruption together? Absolutely.

I wanted to be speaker of the House and Jack Abramoff was the beautiful light of day for me to get to the person who I had had some conflicts with, Tom Delay.

But I will still tell you, at that point in time, in order to get a drink at Signatures [“Signatures” was a bar and restaurant owned by Jack Abramoff] you had to shove White House staffers of George Bush the heck away from the bar. And it was packed with people. And there were members. Now that doesn’t mean everybody did everything for Jack. But if you wanna talk about strict interpretation of violation of the– of– of the laws of drink and food, Katey bar the door, she was wide open, two shotguns blarin’.

Abramoff then delivers specifics about how he would help his clients – the people paying him to corrupt officials:

Abramoff: So what we did was we crafted language that was so obscure, so confusing, so uninformative, but so precise to change the U.S. code.

Stahl: Here’s what you tried to get tacked on to this reform bill.

Stahl: So that’s what you tried to get inserted?

Stahl: And that was gonna provide for a casino?

Stahl: And who on earth is gonna know that?

Abramoff: No one except the chairmen of the committees.

Stahl: Who stuck it in there?

Stahl: And that’s one of the things you used to do?

Stahl: And that’s done a lot?

Abramoff: I think people are under the impression that the corruption only involves somebody handing over a check and getting a favor. And that’s not the case. The corruption, the bribery, call it, because ultimately that’s what it is. That’s what the whole system is.

Abramoff: In my view. I’m talking about giving a gift to somebody who makes a decision on behalf of the public. At the end of the day, that’s really what bribery is. But it is done everyday and it is still being done. The truth is there were very few members who I could even name or could think of who didn’t at some level participate in that.

The interview ends with Abramoff giving his view of the current state of the systemic corruption in Washington DC and lends some advice about what he feels is the best way to curb it (emphasis):

Stahl: Could you do the same thing today? I’m asking you whether you think the system’s been cleaned up?

Abramoff: Could do the same thing that I? Yeah. No, the system hasn’t been cleaned up at all.

Abramoff: There’s an arrogance on the part of lobbyists, and certainly there was on the part of me and my team, that no matter what they come up we, we’re smarter than they are and we’ll overcome it. We’ll just find another way through. That’s all.

Abramoff believes that the best way to end this drag on our government is to find a way to prohibit members of Congress and their staffers from working on K Street once their terms are over.

The self-policing of Congress hasn’t worked. Only at times when it’s politically expedient for them to do so, do we hear the hypocrites on one side of the aisle or the other complain about the corruption of the other party. What gets me is that those people like Nancy Pelosi who gained her seat of power by telling the American people that it was time to end the “culture of corruption” when she herself is vastly compromised.

Corruption is not going to go away by simply wishing it would or trusting elected officials in DC to eventually do the right thing. The American people have to take it upon themselves to educate their neighbors and DEMAND that the people we elect to represent us are held accountable once they get to DC. As Abramoff said “If you make the choice to serve the public, public service, then serve the public, not yourself.”

It’s up to us to make sure that our elected officials do just that. We need to elect people to serve us who have the same moral backbone that Governor Palin has. People who will not turn a blind-eye to this corruption. People who will serve the public, even if that means being unpopular with their peers.

You can read the entire CBS interview here.