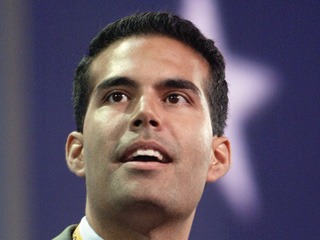 David Dewhurst is lying about Ted Cruz yet again. It’s not enough for him to continue to run radio and TV lying about Ted Cruz’s ties to a Chinese company that supposedly stole proprietary information from an “American company” featuring the owner. Never mind the owner of this company helping Dewhurst lie about Cruz actually moved his “American company” to China 20 years ago, making Dewhurst’s claim Cruz is taking away American jobs absurd.

Now Dewhurst, the Establishment™ candidate, is falsely claiming Cruz is soft on illegal immigration, and even suggests he supports amnesty for illegals. Of course it’s Dewhurst who is the pro-amnesty, soft on illegals, squish.

As Lt Governor of Texas, Dewhurst, has supported sanctuary cities, was against e-verify, has said on record “it would not be practical to deport illegal immigrants,” is for in-state tuition for illegal immigrants, and hasn’t taken a clear position on a border fence.

In fact, Dewhurst worked behind the scenes blocking legislation that would have outlawed sanctuary cities in Texas.

Cruz then held a press conference where he called Dewhurst’s ad “the act of a desperate man clinging to power.” He continued, “Dewhurst’s lies are getting more and more ridiculous.”

It’s very disappointing to see David Dewhurst resort to blatantly false attack ads charging that Ted Cruz supports amnesty. Ted has always categorically opposed amnesty. The only basis for Dewhurst’s fraudulent claim is that Ted serves on the advisory board of a Hispanic civic organization that seeks to empower Hispanics economically by promoting entrepreneurship.

When I first heard this false attack ad, I was offended not only as a Hispanic but as a Republican. We are a party of inclusion that welcomes the fastest growing demographic in our State that largely shares our conservative values of limited government, strengthening the family and supporting small business. This is the type of divisive racial politics used by President Obama and the Democrats. It has no place in the Republican party.

While Dewhurst is claiming Cruz is soft on illegals, the truth is, Ted Cruz argued Texas’ right to execute an illegal alien who murdered two teenage girls before the Supreme Court of the United States, and won. Cruz has successfully argued several cases before the Court, each time reaffirming Texas’ Liberty and Freedom.

Dewhurst is a lying weasel. He’s the typical slimy career politician who must be stopped. There’s a reason why Sarah Palin, Mark Levin, Rand Paul, and many many more Conservatives are endorsing Ted Cruz.

Make sure to Choose Cruz on election day.