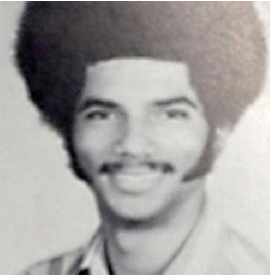 On a happier note, at least he didn’t bomb the place like Barack Obama’s other good buddy, Bill Ayers, was known to do!

Maybe some folks can begin to understand why Attorney General Eric Holder has a such a love for terrorists. Besides handing over assault weapons to Mexican drug cartels, who used them to slaughter innocent Mexican citizens, setting militant Black Panthers free, after being convicted of civil rights violations [armed voter intimidation in 2008] and setting murdering FLAN terrorists free during the Clinton years [Holder championed their presidential pardon] it now comes to light that in his younger days, Eric Holder himself was a violent militant.

Sarah Palin posted a link to this report earlier on Facebook:

As a freshman at Columbia University in 1970, future Attorney General Eric Holder participated in a five-day occupation of an abandoned Naval Reserve Officer Training Corps (ROTC) headquarters with a group of black students later described by the university’s Black Students’ Organization as “armed,” The Daily Caller has learned.

Department of Justice spokeswoman Tracy Schmaler has not responded to questions from The Daily Caller about whether Holder himself was armed — and if so, with what sort of weapon.

Holder was then among the leaders of the Student Afro-American Society (SAAS), which demanded that the former ROTC office be renamed the “Malcolm X Lounge.” The change, the group insisted, was to be made “in honor of a man who recognized the importance of territory as a basis for nationhood.”

Black radicals from the same group also occupied the office of Dean of Freshman Henry Coleman until their demands were met. Holder has publicly acknowledged being a part of that action.

The details of the student-led occupation, including the claim that the raiders were “armed,” come from a deleted Web page of the Black Students’ Organization (BSO) at Columbia, a successor group to the SAAS. Contemporary newspaper accounts in The Columbia Daily Spectator, a student newspaper, did not mention weapons.

The Student Afro-American Society (SAAS) was a black militant group that took part in the occupation of Hamilton Hall during the 1968 Columbia University protests.

It should be noted these protests and the protesters have ties to the Black Panthers terror group, as well as Obama’s best buddy Bill Ayers:

Students involved in the protests continued their involvement in protest politics in varied forms affecting the movement at large. Their many activities included forming communes and creating urban social organizations. Several Columbia SDS members combined with the New York Black Panther Party to create Weatherman, a group dedicated to the violent overthrow of the government.

First let me say that every single United States Senator that voted to confirm Holder as Attorney General, democrat and Republican alike, needs their ass whipped, and their resignations tendered. Immediately.

There was plenty of information out there that showed, beyond a shadow of all doubt, that Eric Holder was not fit to hold any public office, never mind be America’s top cop. That the United States Senate confirmed this dangerous radical is itself a crime, an indictment of how poorly run the Senate is.

I won’t hold my breath!

We have some of the most evil people the country has to offer, sitting in the most powerful offices of our government. Someone needs to explain to us all just how in the hell THAT happened.