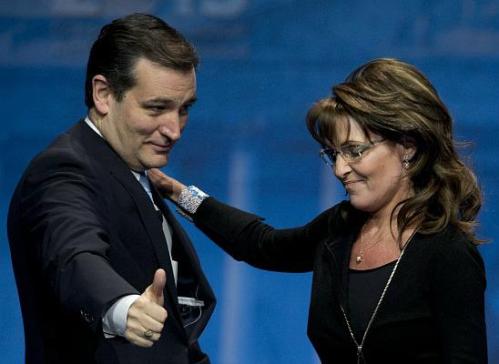 A quick bit of audio from Monday’s Mark Levin Show. Levin talks about why the Republican Establishment™ hates Sarah Palin and Ted Cruz, and why the Bush wing of the party is particular vicious:

I agree with Mark, and should add, that both Sarah Palin and Ted Cruz are against the treasonous amnesty bill being pushed through Congress. That ain’t winning them any points with the corrupt GOP either!