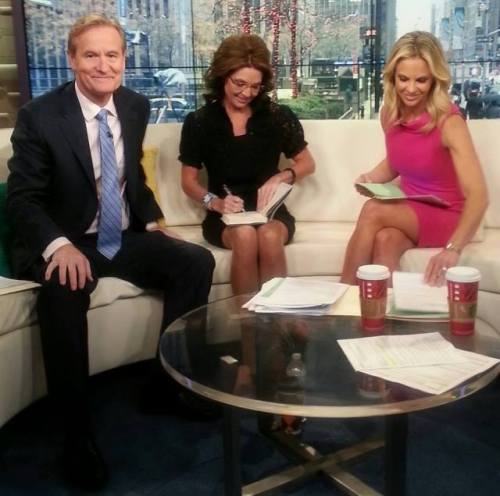 The left is all excited about the prospect of juicy bits coming from the new book about Fox News’ chief Roger Ailes, including one about why he hired Sarah Palin:

Fox’s Roger Ailes says he hired me “to piss off the people that wanted her dead.” Hmmm. Funny. I accepted for the… http://t.co/eewasHo1fs

Fox’s Roger Ailes says he hired me “to piss off the people that wanted her dead.” Hmmm. Funny. I accepted for the same reason!
http://www.hollywoodreporter.com/news/roger-ailes-fights-back-cnn-668765?page=2

She added this just to rub liberals’ noses in it:

With another book coming out about Roger Ailes and Fox News, stay tuned to find out what I really think about all this. In the meantime…
http://www.breitbart.com/Big-Journalism/2014/01/08/roger-ailes-fox-has-won-the-cable-news-wars

That link takes us to John Nolte’s article on Fox News’ total dominance of cable news:

Roger Ailes, the CEO and Chairman of Fox News, has declared victory over his left-wing competitors, CNN and MSNBC. In a lengthy interview with The Hollywood Reporter, Ailes points out correctly that MSNBC and CNN have given up on and are moving away from the news business: “That means Fox has won the cable news wars.”

“MSNBC has [already] announced they’re out of the news business,” Ailes added. “They have several different hosts, but it’s always the same show: Republicans are no good.” Ailes pointed out that CNN is moving out of the news business and mocked CNN chief Jeff Zucker over the network’s bizarre obsession with the documentary Blackfish: “[Zucker] had a big hit with a whale one night [the documentary Blackfish]. I guess he’s going to do whales a lot.”

Just this morning, CNN aired a full package on a few protesters motivated by Blackfish to give Southwest Airlines a hard time. You could compare CNN to a train wreck, but people actually watch those.

Fox News not only dominates in the ratings (frequently beating CNN and MSNBC combined in total viewers), but both CNN and MSNBC suffered horrible years in the department of credibility. Among other things, CNN was caught red-handed flaking for gun control and fabricating evidence to frame George Zimmerman as racist. Due to its own embarrassing scandals, MSNBC lost two of its anchors, Martin Bashir and Alec Baldwin; and to close out an already awful year, anchor Melissa Harris-Perry led an on-air segment ridiculing Mitt Romney’s infant grandson.

The biggest news Fox News made about itself, though, was juggling an already successful primetime line-up into something even more successful. Moving rising cable superstar Megyn Kelly to 9pm has not only boosted the network’s ratings by 20% in the coveted 25-54 demo but this happened without bumping a single anchor or host.

Fox News has not only won the cable news wars but scared its competitors into becoming something else entirely. MSNBC is now National Public Radio with pictures and a mean streak while CNN is, well, a slow-motion disaster.

Another loser in this cable news war is the Soros-backed, tax-exempt, left-wing Media Matters, who surrendered in their own Ahab-esque battle against Fox News by declaring victory.