Daniel Horowitz: This Is Treachery 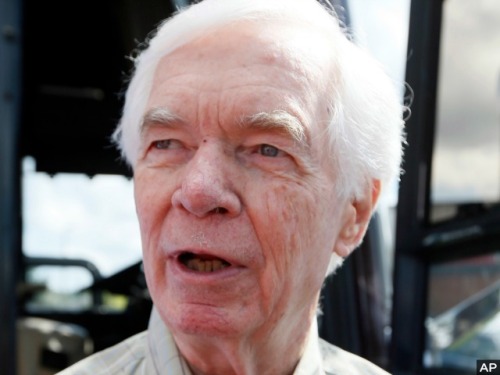 In light of last night’s election results in Mississippi, there is one question every conservative should be asking: how much longer can a party survive when its leadership is inexorably against the ethos of its base?

While Democrats harness their base supporters to advance the party’s liberal agenda, the Republican establishment works to undermine and disenfranchise its own base the minute they have pocketed their support in the general election. Now, after actively campaigning for Democrat votes in order to win against conservative Chris McDaniel in Mississippi, the GOP establishment has reached a new low in their treachery against those who embody the heart and soul of the party.

Based on the preliminary election results, it appears that the well-oiled campaign by the NRSC and Haley Barbour to turn out Democrat votes was more than enough to make the difference in last night’s primary. With roughly 60,000 more votes cast in the runoff than the primary, and an unprecedented surge in Democrat counties and precincts, it is almost certain that Chris McDaniel won the GOP vote while losing overall by about 6,400 votes.

Campaigning openly for Democrat votes in a GOP primary using issues and arguments contrary to the party platform is one thing. But the fact that they played the race card and ran mailers and robo calls in African American areas accusing their own party of being racist is downright despicable.

Hence, the NRSC and the GOP establishment essentially marshalled Democrat support to beat conservative voters in order to reelect an ineffective incumbent who is barely lucid and will very possibly never serve out his term.

Ironically, the establishment treachery on the campaign trail in Mississippi is merely a reflection of what they do in Washington. The GOP-controlled House has whipped Democrat votes to undermine and disenfranchise the GOP majority on numerous occasions over the past few years. Senate Republican leaders stood shoulder to shoulder with their Democrat colleagues and denounced conservative supporters of defunding Obamacare both on the Senate floor and in the media. They have clearly grown comfortable allying with their fellow career politicians in the Democrat Party than with those who in their own party who want government to work for the people again.

Throughout the primary season, GOP elites have accused the conservative base of helping Democrats by challenging Republicans in primaries. The reality is that we are challenging these people precisely because they work in tandem with Democrat and empower them in growing government. Yet, despite the acerbic differences and acrimony, the conservative base had always soldiered on and supported the Republican establishment candidate in the general election. Conservative were quick to do so with Mitch McConnell in Kentucky.

Now, the establishment has openly and unabashedly empowered Democrats to disenfranchise Republican voters in Mississippi by running on a platform of big government and playing the race card.

They may have the ability to continue fighting their base in the short-run, but no party can be at war with its base forever and succeed. It’s unclear whether the Republican Party will remain viable in the long term. But either way, these people will eventually be left without a home. At some point the base will either reassert itself or start a new party, and Democrats will not be there to help them in a general election. Live by the Democrats; die by the Democrats.

One response to “Daniel Horowitz: This Is Treachery”