****UPDATE BY GARY****
I’ve check out The Sarah Palin Channel and this looks a lot like a run up to something big. This will be Sarah Palin unfiltered and unrestrained. At $9.95 a month [with discount for paying a year up front and FREE to the military] it’s a money making venture, but looking at the available content, it looks to be all about hard core commentary, as well as hard core solutions to the issues of the day.

Is this a run up to a campaign for the presidency of the United States, or just a better way for Governor Palin to get her message out to every American? I guess only time will tell.

In the late 1970s, after leaving office as Governor of California, and an unsuccessful bid for the Republican nomination for president, Ronald Reagan took to the radio to get his messages out on a weekly basis. What Governor Palin is doing is the modern day equivalent. Only time will tell what the end goal of this is. Meanwhile…….

There was talk that in April Sarah Palin would launch a digital video channel of her own. Well, it happened but it’s not called Rogue TV. What a refreshing and exciting new project.  Sarah says this is about a lot more than a news channel, but a community where we will be able to share ideas and discuss the issues of the day to find solutions.  She wants to talk directly to us on her terms on this channel without the need to please the powers-that-be. Most importantly she is interested in hearing from us directly.  Together she says we will go beyond the sound bites and cut through the politically correct filter of the media and things like Washington D.C.’s crony capitalism. She says we’ll go around all that and go directly to the root of the problems confronting America and talk about the issues the mainstream media won’t talk about, and look at the ideas Washington doesn’t want you to hear. It will be inspiring, fun.. and there is even more..

Tired of media filters? Well, so am I. So, let’s go rogue together and launch our own member-supported channel! This will be OUR channel, for you and for me, and we’ll all get to call it like it is. Please enjoy this video about this new venture and visit https://sarahpalinchannel.com/

I hope you’ll check out this new online community and help us build it. 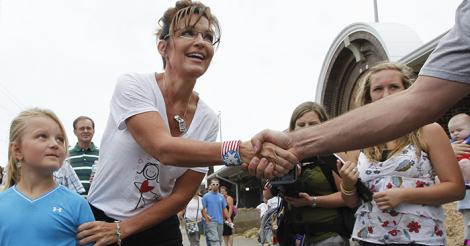