House Vote Underway: What is DACA and Who Is Doing What To Stop It?

The issue being discussed on the House floor is the DACA Program.  This is the program the Senator Cruz was referring that is allowing for Obama’s amnesty.  The vote on this Border Security Spending Bill has been underway.  For your information:

The president has been granting amnesty via a provision which Senator Cruz says is the root cause of the border crisis.  The number you may still be able to call is 202 224 3121.  Tell your Congressman you are against amnesty and that you do not want DACA program in the spending bill that is being passed. Say you support Senator Cruz’s effort to stop Obama’s amnesty. Boehner’s Border Bill was stopped yesterday thanks to so many who called in to complain that it didn’t go far enough.  The vote tonight will be at 9 pm. I will add updates as needed.

From the Department of Homeland Security

Over the past three years, this Administration has undertaken an unprecedented effort to transform the immigration enforcement system into one that focuses on public safety, border security and the integrity of the immigration system. As the Department of Homeland Security (DHS) continues to focus its enforcement resources on the removal of individuals who pose a danger to national security or a risk to public safety, including individuals convicted of crimes with particular emphasis on violent criminals, felons, and repeat offenders, DHS will exercise prosecutorial discretion as appropriate to ensure that enforcement resources are not expended on low priority cases, such as individuals who came to the United States as children and meet other key guidelines.  Individuals who demonstrate that they meet the guidelines below may request consideration of deferred action for childhood arrivals for a period of two years, subject to renewal, and may be eligible for employment authorization.

You may request consideration of deferred action for childhood arrivals if you:

Were under the age of 31 as of June 15, 2012;Came to the United States before reaching your 16th birthday;Have continuously resided in the United States since June 15, 2007, up to the present time;Were physically present in the United States on June 15, 2012, and at the time of making your request for consideration of deferred action with USCIS;Entered without inspection before June 15, 2012, or your lawful immigration status expired as of June 15, 2012;Are currently in school, have graduated or obtained a certificate of completion from high school, have obtained a general education development (GED) certificate, or are an honorably discharged veteran of the Coast Guard or Armed Forces of the United States; and have not been convicted of a felony, significant misdemeanor, three or more other misdemeanors, and do not otherwise pose a threat to national security or public safety.

Individuals can call USCIS at 1-800-3… you can get the rest at their site.

In the meantime check out the spin being spewed all over this article in the Huffington Post. Predictable. 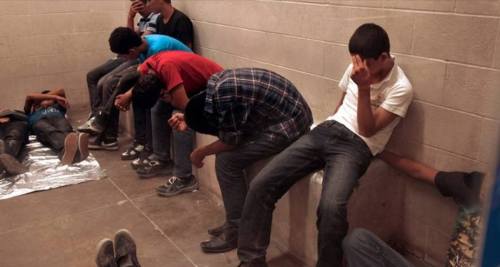