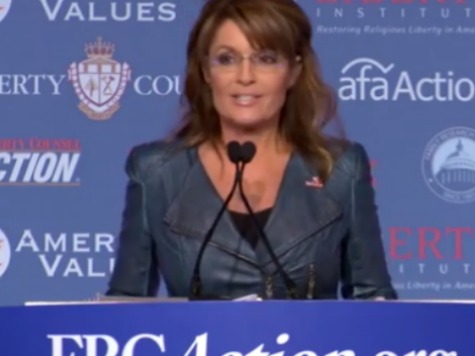 While Christie has received some backlash for the policy, he continued to defend the decision on Monday.

Palin added that Washington is “trying to call the shots for these governors. There is a void of leadership here and the governors need to step up and step in.”

“We’re going to demand of our leadership in Washington and on the state level to get politics out of this and allow the medical community to tell us factually, what needs to be done,” Palin said.

Palin said she would talk to other governors about enacting a quarantine, if she was still serving that role in Alaska.

“And I betcha we would come to the conclusion that you can’t trust the Obama administration,” she said, adding that liberals are using “Saul Alinsky tactics” to capitalize on crisis.

For a more accurate portrayal of Chris Christie and Governor Cuomo’s motives behind their decisions, check this article out. If you have the chance, too, please go to the thread below and chime in to support Sarah. Just words. Ahem. You can almost see their heads exploding after seeing the article with Sarah Palin’s comments tweeted.