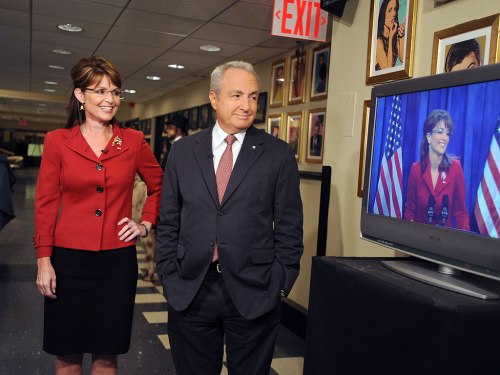 In 2008 Governor Palin hosted Saturday Night Live, which netted the show it’s best ratings in 17 years, so it’s no surprise Lorne Michaels asked her to return for this 40th anniversary special. SNL is hoping for big numbers and has basically taken over VH1 Classic which has been showing nothing but past episodes, 24/7, all month.

SNL producer Lorne Michaels invited Palin to return to the show and the former Alaska governor accepted, a source close to Palin confirms.

Palin, the Republican VP candidate who was regularly spoofed on the show by spot-on comic doppelgänger Tina Fey during – and after – the 2008 presidential race, showed she was a good sport by appearing on the show herself two weeks before Election Day that year.

No hard feelings since then? You betcha!

Filed under In The News, sarah palin