It is heartbreaking that 17 out of 31 Senators did not find it relevant to include rural communities in property tax reform. Granting roughly 50 counties out of 254 the right to vote and a cap is incorrigible!

I am grateful to Senator Bryan Hughes for voting against this measure.

My Representative is Jay Dean. Before his freshman term, Jay was the Mayor of Longview. For 10 years, while Mayor, Jay will tell you that he never raised taxes to even 3%. And, on particular projects that he and the City Council sought for Longview, those measures were sent to the taxpayers for a vote. We simply want the same thing!

My husband and I live in Upshur now. Our property appraisals are being raised closer to Gregg County every year. Though Upshur is a larger county mass wise, our population is roughly 40,600 compared to 124,000 in Gregg County (2015 numbers). Yes, we are rural, however, our County Judge and Sheriff both have someone to answer their phones.  Imagine that!

There is no industry in Upshur except a Rob Roy plant that no longer has evening shifts. The largest employers in Upshur are the county and schools. Otherwise, many go to surrounding cities/counties for work.

We have a Walmart. The City of Gilmer tried to pull in a Super Walmart. However, after an internal study, the Walmart home office elected to not locate a Super Walmart in Gilmer because our current store is “not making enough money”.  So, we have a little Walmart, like they had in Longview in early 2000, that is split to be like a Super Walmart. However, as one can imagine only a very selective choice of items. And you know what?  I am ok with that.  If the store does not have what I need, my husband, who works in Gregg, can pick it up on his way home. We live in the country. That’s just how it is.

Our County Sheriff, newly elected, is struggling to train his deputies, outfit them with proper protective gear, etc. on a shoe string budget.  In reality, our whole county is doing the same thing.  Our county officials, the top “dream job” of most have not had a raise in a decade. Actually, our Commissioners cut their pay and benefits by $11,000 each to make payroll to partially cover an $100,000 deficit.

Oh, and ETMC moved out of the county a little over a year after we moved here. There is not a hospital in Upshur.

As I understand it, this was due to severely poor management by inexperienced county officials over a decade ago.  As one can imagine, we are grateful to have the folks currently in office.

Many that I have spoken to have had to recently combat the county appraiser on excessively large tax increases. One couple had two acres of their 100 plus acre property raised because they repaired a portion of their barbed wire fence. This couple reports that this particular area is not utilized.

When my husband and I moved to Upshur, there was a water well and an unconnected electrical pole, that had been through a fire in 2011, on the other end of our 11 acres.  On the opposite end, we added a $5,000 pre-made barn, our paid off RV, a crushed iron ore driveway that cost us $4,500, fenced in a 100 x 100 ft. of cyclone fence for Gus and our chicken coop, and an unconnected electrical pole and box. That raised our appraisal by $12,000. We purchased our 11 acres at less than $3,000 per acre.

As many on Facebook know, we are building our home ourselves (I have a very talented husband).

When we moved out here there were less than a handful of homes. A ministry outfit purchased 13 acres down the road from us. Almost $7,000 an acre. For what? There are no improvements other than cutting down trees to put a used mobile home on each track, running electric to it, and room to park their vehicles.

There are two acres between our property and the 14-acre track next door. Those 2 acres are mostly creek. The owners, according to the appraisal district, live in Cass County. $10,000 for 2 acres of creek!

This area has one school for K through 12 (2 buildings).

I am told that Straus wants comprehensive property tax reform. But I have a sneaking suspicion that does not include a cap nor an automatic election/right to vote for us pesky peasants.

I gather the other 204 counties, unworthy in the eyes of 17 Texas Senators, only have our Representatives and the Freedom Caucus to protect us now.

Tuesday, January 31, 2017 — The Upshur County Commissioners Court approved to accept special vests for the Sheriff’s Department. The vests were donated by Robert Berry with Blue Prepared.

Remembering a powerful speech by the Gipper, because frankly, we don’t have a President of his caliber today, nor do we have one like him on the horizon. Barring a true miracle from God, it may be a long time before we see a President like Ronald Reagan again.

Thank God for Reagan, and may we one day be blessed with his sort again.

The Last Full Measure of Devotion

Greater love hath no man than this, that a man lay down his life for his friends

To me, words are never adequate enough to express the feeling I have for the brave men and women who have died defending Liberty and Freedom. The love these brave souls have for their country and their fellow man can never be measured by mere mortals.

Let us simply be thankful that such men and women exist. That there are those who understand that Liberty and Freedom are so valuable, that there is simply no price too big to pay, to ensure these most basic of human rights; Liberty and Freedom, never die.

All gave some, but some gave all. Let us remember those who stand watch daily and keep us out of harm’s way. Let us honor those who stand guard so that we can enjoy the Liberty and Freedom they provide. Let us never forget those who have given their lives for you and I.

Let us do this today, tomorrow and every day. 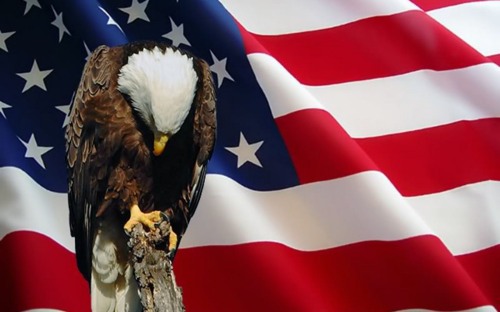 A must read expose on the #GlobalWarming .. er .. #ClimateChange SCAM

[Reposted today from earlier this year in support of the 2 May release of the intentionally funnydocumentary, Climate Hustle(across the US and a few Canadian locations) because host Marc Morano knows that polar bear numbers have not declined as people have been led to believe, see the trailer below] 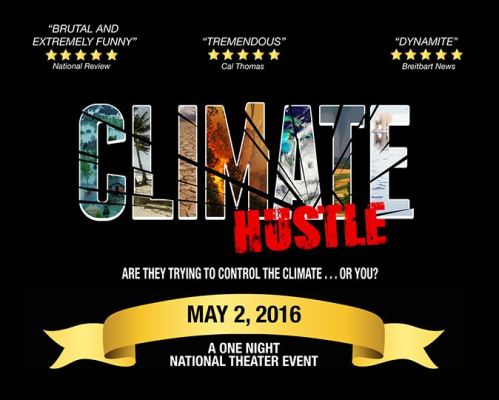 Grim predictions of the imminent demise of polar bears – their “harsh prophetic reality” as it’s been called – have been touted since at least 2001. But such depressing prophesies have so widely missed the mark they can now be said to have failed.

While polar bears may be negatively affected by declines in sea ice sometime in the future, so far there is no convincing evidence that any unnatural harm has come to them. Indeed, global population size (described by officials as a “tentative guess“) appears to have grown slightly over…

Another MUST read from The Bunny!

The Orange, The Crazy and a Bottle of Yoohoo

Some spot on commentary! 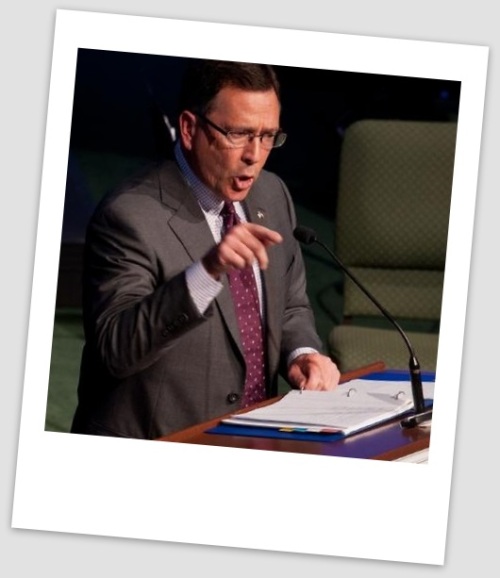 On Wednesday, January 20, 2016, conservative candidate David Watts pointed out that Tyler, the city, Jay Dean, during his 10 years as mayor of Longview, sought to out shine, had zero debt. However, Longview was left with $76.8 million dollars in debt following Dean’s tenure.

In response, Dean said the Longview voters wanted the debt. They voted for it! He didn’t.

As mayor, Dean told the Republican Women of Longview that he only voted if there was a tie.

As a former resident of Longview, during Dean’s term, I am offended by Dean’s assertion and lack of accountability.

Jay Dean repeatedly says he has a record. Which record is that, Dean? The $76.8 MILLION DOLLARS in debt left on the backs of the Longview tax payers?

The Neo-Nazi “global warming” scammers are getting desperate!

Watts Up With That? 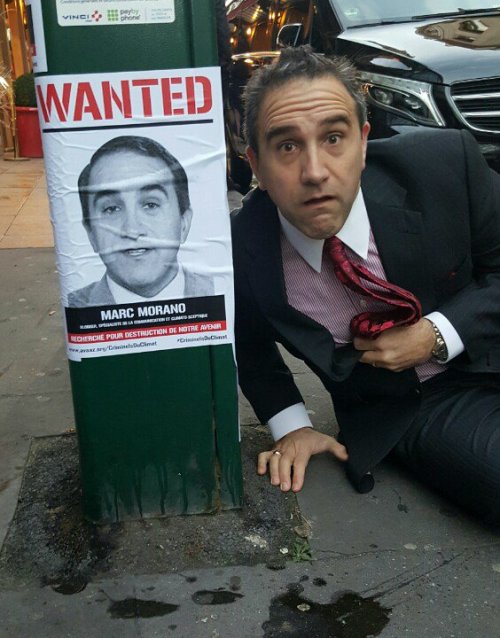 The seven most insidious fossil fuel lobbyists in Paris to weaken attempts to agree a global climate deal have been named and shamed as ‘climate criminals’ in a dossier published by the global citizens movement Avaaz.

The group, which spearheaded last weekend’s climate marches which saw 785,000 people take to the streets globally, posted over a thousand ‘Wanted’ posters outside 5-star hotels in the French capital on Monday morning. The poster highlighting the seven most notorious dirty energy lobbyists unearthed from the list of more than 50,000 delegates at summit.

On Monday morning,  Avaaz ‘Climate Cops’ will hand out flyers outside key Metro stations leading to the Le Bourget with photos of the lobbyists…