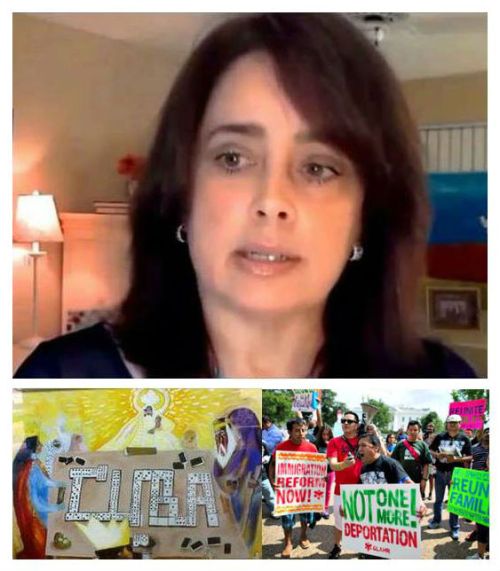 Before and After: How our cause for freedom has been corrupted.

The Cuban-American Dream is the American dream and it has been corrupted by the GOPe. This clip connects a brief account of my family’s experience in exile and that of many families like us in the United States, with the push for a corrupt and politically motivated agenda: Amnesty. There is an important historical lesson that should alarm anyone who cares about the direction this country is headed because of the Republican party’s corruption. Obama wants to legalize illegals, but the GOPe is collaborating with communist amnesty activists and agitators. [Last summer Ros-Lehtinen and other members of the GOP earned La Raza’s praise for voting against a border bill that would have denied Obama the right to use federal funds to implement temporary amnesty.] I was asked to amplify on the last segment which I hope you enjoy.

The next segment will be the appearance on Telemundo mentioned in the clip. It needs to be translated, so it will be published shortly. Thank you for viewing and sharing if you like it. A pathway to citizenship is code for amnesty (you know that) and it is a part of the communist plan to turn our system into a Democrat majority, or one-party system, and our GOPe is selling us out. 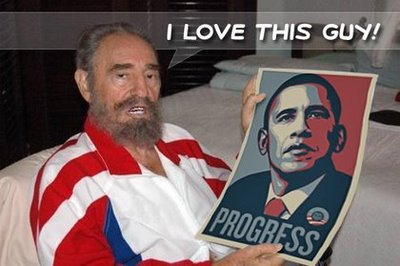 Like we don’t have enough to worry about, it seems that Medicare fraud has gone international. Mark Tapscott from the Washington Examiner reports there is growing concern money stolen from Medicare, through fraudulent claims, is ending up in Communist Cuba.

Senators Orrin Hatch and Tom Coburn, along with Congressman Peter Roskam say billions of dollars may be lost annually to these schemes:

Two U.S. senators and a representative worry that billions of tax dollars could be going to Cuba and other foreign countries via criminal schemes designed to defraud Medicare and Medicaid.

The schemes often involve the use of “nominees,” individuals who are paid to be fronts for the actual owners of corporate entities being used in the fraudulent operation. By concealing the identities of true owners, the approach invites its use to funnel tax dollars out of the country.

In a letter made public yesterday to Marilyn Tavenner, acting administrator of the Center for Medicare and Medicaid, senators Orrin Hatch, R-UT, and Tom Coburn, R-OK, were joined by Rep. Peter Roskam, R-IL, said they fear billions of tax dollars are being lost annually as a result.

“Clearly, the program vulnerabilities that facilitate billions of dollars to be stolen from the Medicare program each year also allow for some of that money to be funneled to foreign countries,” the three congressmen said.

“While the fraud itself is unacceptable, the loss of American dollars to foreign countries because of flaws in our system is totally unacceptable. The American people deserve the peace of mind to know that federal officials are doing everything they can to safeguard taxpayers’ dollars and the Medicare program.”

“Thus far, it does not appear that CMS has addressed the concept of nominee owners, false storefronts, and shell companies in any of its enrollment regulations or its Provider Screening statement of work,” they said.

Earlier this week, federal officials in Miami charged Oscar Sanchez in connection with a criminal operation that resulted in an estimated $31 million going to Cuban banks.

“Prosecutors say Oscar Sanchez, 46, was a key leader in a group that funneled $31 million in Medicare dollars into banks in Havana — the first such case that directly traces money fleeced from the beleaguered program into the Cuban banking system,” the Miami Herald reported Monday.

“Most of the money moved through an intricate web of foreign shell companies before ending up in Cuba, to avoid being detected in the United States, said investigators,” the Herald said.

Also earlier this week, federal officials announced the capture of two other individuals who had been involved in multi-million dollar frauds with overseas connections. In one, Irina Shelikhova was arrested Monday at JFK Airport in New York when she tried to re-enter the country from the Ukraine.

“From approximately March 2005 until July 2010, Shelikhova and her co-conspirators allegedly paid cash kickbacks to Medicare beneficiaries to induce them to receive unnecessary physicians’ services, physical therapy, and diagnostic tests at the medical clinics,” according to the Inspector-General of the Department of Health and Human Services.

“The co-conspirators created fraudulent medical records for these beneficiaries and then filed false claims with Medicare for these medical services, which either were never provided or were not medically necessary,” the HHS IG said.

Shelikhova and her co-conspirators are believed to have defrauded Medicare of as much as $70 million.

In the second case, federal officials arrested Miguel Cabello last week when he attempted to re-enter the country through Champlain, New York.

Cabello fled the country to Cuba in July 2008 after being indicted on health care fraud charges. “Cabello submitted approximately $2.1 million in fraudulent Medicare claims on behalf of south-Florida-based OB Pharmacy, Inc., and he received approximately $1.3 million in Medicare payments,” according to the HHS IG.

“Before Cabello’s involvement, OB Pharmacy, a durable medical equipment company that specialized in aerosol medications, submitted $151,572 in Medicare claims and was paid approximately $58,653.

“Around April 2008, Cabello became vice-president of OB Pharmacy. Investigators have concluded that OB Pharmacy submitted claims to Medicare for services that were not rendered, including approximately 10 claims for deceased beneficiaries.

“Investigators interviewed physicians who stated that they did not know the OB Pharmacy patients in question nor did they prescribe the medication purportedly provided to them.”

In their letter to Tavenner, Hatch, Coburn and Roskam cited a University of Miami report that quoted a former Cuban intelligence officer saying there are “strong indications” that the Castro government aids Medicare fraud, especially in South Florida, and provides safe harbor for individuals involved in those efforts.

“If confirmed, this indicates that Medicare program dollars are not only funding international criminal syndicates, but may be helping prop up the Castro government,” the congressmen said.

Thank You Obama: Cuba About To Drill Off Florida Coast, Put Coastline In Danger 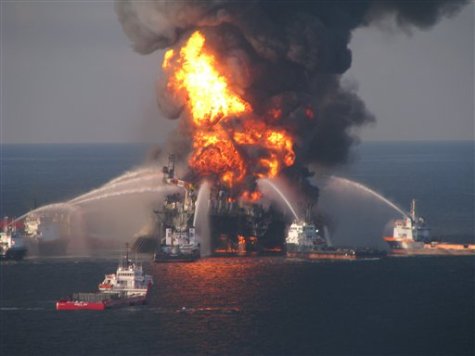 We’ve reported before that Cuba and China are teaming up to steal our oil. They look to “slant-drill [drill sideways] in the deep waters of the Gulf of Mexico and tap into oil and natural gas reserves that belong to the United States. Thanks to Obama’s war on energy production, these two communist nations are doing this unchecked and unchallenged.

Lefties are worried about the environment, but support Obama’s moratorium on drilling. As the National Journal points out, this has dire consequences. No one has a better safety record than American drilling companies, and they are forbidden to do business with Cuba, so chances of a BP type oil spill, with disastrous results are almost a given. And unlike BP, the U.S., short of going to war, won’t be able to hold Cuba, or China, responsible.

Sometime over the next three months, if all goes according to plan, Cuban workers on a Chinese-built, Spanish-owned rig will start drilling for oil in the mile-deep waters just off the north coast of Cuba, 70 miles from the Florida Keys.

If the drill hits a major oil deposit—and all geologic signs indicate it will—the discovery will unleash a cascade of developments with profound political, environmental, and economic consequences.

The Cuban government has long wanted to extract the rich reserves of oil and natural gas believed to lie off its shores. Estimates for oil range from 5 billion to 20 billion barrels, while the estimate for natural gas is 8.6 billion cubic feet. Unlocking that oil could jump-start a nascent Cuban offshore-oil industry—and free the island nation from its energy and political dependence on Venezuela, from which it imports 60 percent of its oil today. A newfound independence from its socialist neighbor and its mercurial president, Hugo Chavez—coming at a time when the Cuban leadership is facing change with the eventual demise of Fidel Castro—is an appealing prospect to the United States.

But the potential of a closer relationship with Cuba comes with a terrifying specter: An oil blowout in Cuban waters could reprise the nightmare that was last year’s Gulf of Mexico oil spill, and send crude spewing to the beaches of Florida, Georgia, and South Carolina. And the likelihood for such a disaster is very real, say oil industry experts, thanks in part to Washington’s 49-year-old embargo on Cuba.

Because of the embargo, U.S. companies cannot drill in Cuba, supply equipment to Cuba, have any say over safety regulations in Cuba, or even take part in helping control a blowout and spill in Cuba. As the island prepares to begin offshore drilling, it has signed contracts with oil companies from Brazil, India, Italy, Russia, and Spain—and is in talks to lease major portions of its coastal water to Chinese companies (continuing China’s pattern of pursuing oil exploration in countries where U.S. drillers aren’t welcome).

Under the embargo’s terms, the oil drilling and safety equipment used by those companies must be less than 10 percent U.S.-made. But all of the most technologically advanced equipment for drilling and preventing or stopping oil spills is made in the United States or by U.S. companies.

It’s incredible to me that we, as a sovereign nation, would allow this to happen, but it underscores why Barrack Obama and every democrat up for re-election must be defeat soundly in 2012. Though a lot of what they stand for harms America and her people, the left’s hard line stance against energy development is evil, and immoral.

We’ve mentioned this numerous times, but it bears repeating: We have over 300 years worth of recoverable oil and natural gas right here in this country. Chad Stafko wrote The President’s Oil Reserves Lie for the American Thinker and spells it all out. Read it here.

If all of the areas were opened up, a million jobs would be created in very short order and gasoline prices would drop significantly. Most importantly though, our national security would be enhanced. Being energy secure means we would never again be held hostage by international affairs that threaten supply or production.

There is only one person with the will to make this happen, and that’s Sarah Palin. There are many reasons why it is essential that she become our next President, but energy security and national security is the most important. With Sarah Palin leading the charge from the Oval Office, the United States can become the most prosperous and secure nation in history. That would be her lasting legacy, as well as America’s.

Meanwhile, we all have to stand by as foreign governments steal our resources and our feckless president and the losers in Congress allow it to happen, without the slightest word of protest. This is the Obama legacy, and the legacy of the Ruling Class.

Thanks to the Obama regime’s drilling ban: