I’m hard pressed to remember anyone talking so much about crony capitalism, or as some like FBN’s Eric Bolling call it, “crony socialism,” before Sarah Palin made the term, and the concept of fighting this cancer on society, popular.

Obviously, corruption in government isn’t confined to Washington, or even the United States. Overbearing, overreaching, nanny state governments are ripe for corruption, and cronyism. I’m not sure anyone can put an exact number on the amount of money wasted, flushed down the toilet, simply pissed away, because of cronyism and corruption. But it must be in the hundreds of billions, if not trillions of dollars, world wide.

Daniel Hannan, our favorite Member of the European Parliament, has penned a strong defense of capitalism, real capitalism, and the free market:

The past four years have seen governments throughout the West turn to a ghoulish corporatism, in which selected private companies are bailed out with public money. Understandably, people from across the political spectrum have reacted angrily. The Tea Partiers and the Occupiers are both protesting against the same thing, viz the rescue of large banks by taxpayers.

But whereas the Occupiers, in a slightly inchoate way, believe they are complaining about capitalism, free marketeers point out that, in a capitalist system, bad banks would have been allowed to collapse, their assets sold to more efficient competitors. Bondholders, shareholders and some depositors would have lost money, but taxpayers wouldn’t have contributed a penny.

When we make that argument in full – as I did in a direct exchange with some Occupy LSX types recently (see here) – the typical response is ‘Yeah, well that might be your theoretical capitalism, but we’re dealing with the one that actually exists’.

This is a reasonable objection. We capitalists mustn’t become like those student Trotskyists who were forever insiting that the USSR was a failure of state capitalism, and that proper socialism had never been tried.

What, then, is genuine capitalism? Where can you find it? What changes do we need to make to the present system to get there? I was planning to write a lengthy blog about it, but then I found that Jesse Norman, the ingenious MP for Hereford, had got there first. His paper, The Case for Real Capitalism, is worth reading in full. Having worked in the City before becoming a philosophy don, he understands in practice as well as in theory where the system has gone wrong. And he proposes concrete steps to put it right, to make shareholders think of themselves as owners rather than investors, to incentivise saving and boost competition.

Above all, Jesse understands that freedom is more than just an absence of rules: that it also implies responsibility and (in the absence of external restraints) self-control. It is the difference between what Milton called ‘liberty‘ and what he called ‘licence‘. His paper is distinctly conservative, yet it again suggests that, in practical terms, the differences between conservatives and libertarians can be deferred until the grave.

If you missed it, here’s Hannan’s righteous speech in Parliament from a few days ago.

This is a good time to remind people to pick up a copy of Peter Schweizer’s book Throw Them All Out. Peter lays it all out, exposing just how corrupt our American political system is. As we go into the 2012 election season, it’s a must read. It’s a book you’ll want to share with everyone you know!

I’ll tell you, as someone who is disappointed Sarah Palin hasn’t jumped into the presidential race to save us from the mutts that we have to choose from, I am totally jazzed, and inspired, that Sarah’s message of sudden, relentless reform is spreading. The more people talking about it, and demanding action, the better.

If we don’t all get off our butts and out in the streets working hard to make the reforms happen, we could elect 10 Sarah Palins, and it won’t matter. Reforming government is the fight of our lives, and we need all hands on deck. It’s obvious Sarah is doing her part, now we gotta do ours!

Daniel Hannan: The Euro is 10 years Old Today As Sarah Palin Might Put it, ‘How’s That Workin Out for Y’all?’

I must admit to having somewhat of a man-crush on Daniel Hannan, and not just because he “gets” Sarah Palin!

On Sunday Hannan, a member of the European Parliament, tweeted a video of him going nuclear over the failure of the Euro, and the wisdom of Britain’s decision to keep the pound as it’s currency:

While the tweet was fun, the video that accompanied it is delicious.

Much like Sarah had great fun with Obama’s “Winning the Future” [WTF] slogan, Hannan has his own little twist that works perfectly:

If only there was some way to exchange one of our worthless members of Congress for this man, and make him “natural born” while we were at it!

There are few real and true leaders in this world, and Daniel Hannan is most certainly one of them. With little tweaking, he could make this speech in our House chambers. What he says here could easily be said about Congress’[and the president’s] attitude toward the American people.

As Whitney and I would later fantasize [her retweet came up in my timeline before the original] wouldn’t a Palin-Hannan partnership, much like Ronald Reagan had with Maggie Thatcher, be completely awesome, should Sarah decide to become President, and Daniel become British Prime Minister.

I don’t deal in fantasy often, but the thought of such a possibility sent a thrill up my leg! 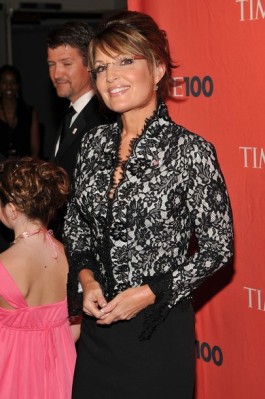 Sarah Palin has been racking up major accomplishments all year, including becoming the leader of the nation’s movement to regain control of our runaway government.

If you remember, as the debates were heating up to stop the Obama regime’s dangerous agenda, Sarah called on folks to refudiate Obama and his policies. Of course, the left went insane, because she made up a word, especially after she tweeted that Shakespeare created new words all of the time. The entertainment value of watching the left lose it’s collective mind was simply priceless.

It was made even more delicious when British MEP Daniel Hannan, a self proclaimed Shakespearean obsessive, and a member of the European Parliament came out in support of the word writing:

I am thoroughly taken with Sarah Palin’s neologism. People often incorrectly use the word “refute” to mean something like “deny” or “reject“, only stronger. We could do with a new word to fill this gap and, since both “refute” and “repudiate” are already occupied with their actual meanings, neither can be pressed into service. “Refudiate” occupies the space perfectly, and deserves to become part of every politician’s vocabulary.

The handsome Alaskan politician is quite right to say that Shakespeare came up with countless new-fangled words – including “countless” and “new-fangled“. Among his coinages, as far as we can tell, are accommodation, assassinate, denote, dislocate, equivocal, eventful, hobnob, inauspicious, lacklustre, laughable, perplex, raw-boned, submerge, time-honoured, unmitigated and zany.

From USA Today’s ON DEADLINE:

The staff of the New Oxford American Dictionary has named “refudiate” – former Alaska Governor Sarah Palin’s mashup of “refute” and “repudiate” – as the 2010 Word of the Year.

From a strictly lexical interpretation of the different contexts in which Palin has used ‘refudiate,’ we have concluded that neither ‘refute‘ nor ‘repudiate‘ seems consistently precise, and that ‘refudiate‘ more or less stands on its own, suggesting a general sense of ‘reject.’ “

Palin, also a Republican former vice presidential candidate, generated lots of conversation when she used the word on Twitter. Slate calls Palin’s use of the word “an unquestionable buzzmaker.”

We wrote at the time that Sarah Palin, with all of her many skills, was a real renaissance woman. I’m sure anyone who watched her brand new TLC travelogue will agree. This is a woman who can successfully govern a city and a state, inspire a nation, write best selling books, hunt, fish, climb mountains, and create new words with the proficiency and staying power of the Bard of Avon himself

Remember when the left got all wee-wee’ed up because Sarah Palin coined the new word “refudiate“? Even better: Remember when they went deliciously insane because she talked about English being a “living language” and mentioned the Bard of Avon, William Shakespear?

In a piece we wrote, Come To Think Of It … Sarah Palin IS Kind of Shakespearean, we talked about David Hirschman over at Big Think, and his musings on whether Sarah’s “refudiate” would have the staying power of Shakespear’s many words like “champion.”

Now it seems that Daniel Hannan, the British Conservative superstar, Member of the European Parliament, and self proclaimed Shakespearean obsessive, offers his considerable opinion in today’s UK Telegraph:

I am thoroughly taken with Sarah Palin’s neologism. People often incorrectly use the word “refute” to mean something like “deny” or “reject“, only stronger. We could do with a new word to fill this gap and, since both “refute” and “repudiate” are already occupied with their actual meanings, neither can be pressed into service. “Refudiate” occupies the space perfectly, and deserves to become part of every politician’s vocabulary.

The handsome Alaskan politician is quite right to say that Shakespeare came up with countless new-fangled words – including “countless” and “new-fangled“. Among his coinages, as far as we can tell, are accommodation, assassinate, denote, dislocate, equivocal, eventful, hobnob, inauspicious, lacklustre, laughable, perplex, raw-boned, submerge, time-honoured, unmitigated and zany.

But minting words was just one, and not the greatest, of Shakespeare’s gifts. I know many readers find my obsession with our national poet trying. So, instead of hymning his genius yet again, let me offer you this famous passage from one of Bernard Levin’s columns.

Funny, while the progressives continually be-clown themselves attacking Sarah Palin, her stature as a true renaissance woman only rises.