The Communist Party USA Has Infiltrated the GOP. I knew it! 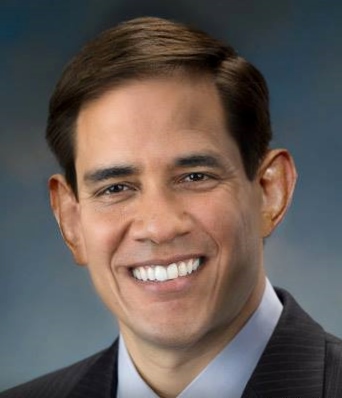 Image courtesy of the Looking Spoon has been cropped.

No, Marco Rubio is not a Communist. But he may as well be.  Did you know Immigration Reform is part of long-standing agenda of the Communist Party USA, and that the Gang of Eight Bill was conceived and written by its members? Not only that, the bill that is being drafted for the House is also being co-written by a former Marxist-Leninist from Puerto Rico who we call a far-left Democrat, and others we call “Progressives”. I knew we had infiltrators in the GOP and wanted names, but I didn’t think the powerful forces behind it were this entrenched. How stupid are the Republicans for making bills with Communists? They should have known better than to legislate with Communists! And then make us feel like we’re obstacles in their way. Shameful!

Despite my lack of faith in Congress and the Senate to do what is right (I don’t expect much from them based on past performance), the reality of this is disheartening!  How are we supposed to compete in the arena of ideas and arguments against Amnesty if experienced Alinsky-ites are pushing it through. Like I said, I expected infiltration from Islamist groups and LaRaza. (May 2013): “Apparently the senators wanted to make sure that leftist and Islamist advocacy organizations (CASA, La Raza, MALDEF, and CAIR and other Islamist groups) would not simply be grant recipients themselves, but would also be entrenched on the “New Immigrant Councils” that will help guide strategy, funding, and implementation at the local level. One could guess why the four Democrats on the Gang of Eight wanted leftist and Islamist organizations with such “legal and advocacy” experience in behalf of immigrants placed on the new immigrant councils, but why did the four Republicans agree to it?” But if this is so pre-set, what can we do?

He is not alone, but let’s face it, Marco Rubio IS the poster child for this fiasco of a bill!  I am so disgusted and disappointed at him that I will let the facts speak for themselves and hope for a massive outcry by voters to defy and decry what is going on.  It is probably the tip of the iceberg.  We need to know more. We need to know where all of the money is coming from, who else is behind this bill.  We must expose our Senators who talk the way they do, and betray the Rule of Law they way they do because they broke bread with Commies.  Going against the will of the American people is not acceptable! I propose we share this with everyone we know, our Senators, our Representatives and all of our friends, and demand answers, to stop it. But how? What else can be done? Unfortunately, I do not believe writing letters is going to change the course this bill is on. We are on the defensive again at the last minute. Our leaders have really let us down.

The House GOP Caucus is meeting tomorrow. Labrador was cited as saying they don’t have a “Marco Rubio” to help the house to work the bill. The caucus will have a close door meeting, Leadership John Boehner, Eric Cantor, Kevin McCarthy, Trey Gowdy-Sub committee on Immigration, and Bob Goodlatte, Judiciary Chairman (of the Benghazi Hearings), will speak. After that any Congressman can voice his/her opinion on S 744 or any bills passed through committee. I predict Boehner will, as he usually does, pretend to be on our side at first, then have a bill signed similar to the one in the Senate to present to Obama. He will help make amnesty the law of the land.  House Speaker John Boehner, has enlisted former Republican VP candidate Paul Ryan to promote the House  plan. He is working with Luis Gutierrez, former Marxist-Leninist Puerto Rican Socialist Party member, and Xavier Becerra -both members of the Congressional Progressive Caucus, and longtime amnesty activists.  Below are quotes from the article by James Simpson:

The U.S. Senate’s “Gang of Eight” immigration-reform plan, as well as a  strikingly similar plan now being backed by Rep. Paul Ryan, R-Wis., and a bi-partisan House “Gang,” both offer the “roadmap to citizenship” originally conceived and carefully developed by members of the Communist Party USA working  within the Democratic Party and the radical left activist network for the  purpose of using amnestied illegals to build a “permanent progressive majority.” 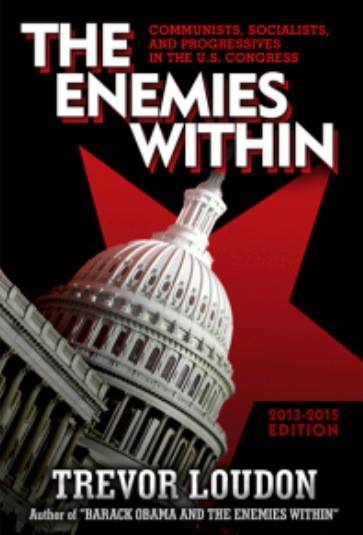 Researcher and blogger Trevor Loudon, is about to publish a book titled “The  Enemies Within: Communists, Socialists and Progressives in the U.S. Congress. WND readers got an exclusive sneak preview of one chapter, titled “Latino  Immigrants: Tools to Ensure a ‘Governing Coalition’ for the Left.”

According to Loudon, the Communist Party USA has influenced U.S. policy toward  illegals since at least the 1960s. He traces the history, showing how communists and communist-founded organizations slowly built the movement from the ground  up. While other groups certainly joined the effort, the communists were always at the center. The names of all the commies are in read.

(background)… Bert Corona, the “Communist Father of the ‘Immigrants Rights’ movement.” In  1964, Corona, Cesar Chavez and future Democratic Socialists of America member  Dolores Huerta forced Congress to end the guest worker “Bracero” program.  Corona founded and/or led numerous organizations, such as the Mexican American  Political Association, or MAPA, Centro de Action Social Autonoma, or CASA, and  La Hermandad Mexicana Nacional (the National Mexican Brotherhood), all  influential in the “immigrant rights” movement. The Communist Party still has  strong influence in MAPA, which acts as a king-maker for Democratic Party  candidates in the Los Angeles area.  Antonio Villaraigosa, former Los Angeles mayor and 2012 chairman of the  Democratic National Convention, got his start with CASA. He was also a former  member of the Communist Venceremos Brigades and worked with the Brigades in Cuba. Lorenzo Torrez, a long-time organizer of the Arizona Communist Party, paved the  way for Communist-backed Congressmen Ed Pastor and Raul Grijalva to win  congressional seats in Arizona. Loudon’s book identifies many influential communist and socialist politicians holding office today. For example, Rep. Judy Chu, D.-Calif., has “a thirty-year history with the now defunct pro-China Communist Workers Party (CWP) and its surviving networks.” Chu is an advocate  for “progressive” immigration reform and was a co-sponsor of the Comprehensive  Immigration Reform bill introduced by Rep. Luis Gutierrez in 2010.  In 2012, Chu  served as co-chair of President Obama’s reelection campaign.

Excerpt continued.. Today’s Communist Party USA cites the current amnesty effort as its top legislative priority. Its official  position is virtually indistinguishable from that of the Democratic  Party:

As Congress begins to draft legislation, immigrant rights groups and the  labor movement including the AFL-CIO and its constituent organizations, SEIU,  Change to Win, and many faith-based groups are mobilizing for comprehensive  immigration reform with legalization, a path to citizenship and workers’ rights  …

This legislative and political battle is also at the top of the agenda of the  Communist Party USA and Young Communist League.  Their program includes stopping deportations now as legislation is being adopted, and calling for legalization  with a clear and speedy road map to citizenship for all 11 million. Future workers who come should have the same opportunity.

Eliseo Medina “is both the country’s most influential ‘immigration  reform’ activist and a Marxist. He is an Honorary Chair of Democratic Socialists  of America”.   Eliseo Medina learned voting strategies from Fred Ross, a Saul Alinsky-trained activist  and the brains behind Cesar Chavez. Eliseo Medina worked hand in hand with UNITE HERE President John Wilhelm, to change  AFL-CIO immigration policy at the 1999 Los Angeles Convention. Then, claiming  U.S. immigration policy is “broken and needs to be fixed,” the AFL-CIO on  February 16, 2000, called for a new amnesty for millions of undocumented workers  and the repeal of the 1986 law that criminalized hiring them … According to the SEIU website, Medina has played the leading role in uniting  Change to Win and AFL-CIO behind the immigration reform movement..

Medina (2009) “We reform the immigration laws, it puts 12 million  people on the path to citizenship and eventually voters.”

James Simpson lists the following Senators receiving benefits from this bill.  South Carolina Republican Sen. Lindsey Graham – more visas for the meat  industry, a major employer in his state. Sen. Charles Schumer – special treatment for Irish workers; his state is home to a large population with Irish ancestry. Republican Sen. Marco Rubio – help for the cruise-ship industry, a big  business in his home state of Florida. And Democratic Sen. Michael Bennet of  Colorado – a boost for ski areas.

“Mr. Rubio, from hurricane-prone Florida, inserted an opportunity for foreigners to come to the U.S. for 90 days to work on relief operations after state or federal disasters. Mr. Rubio also gave a nod to the recently embattled cruise industry with a provision allowing certain foreigners to repair cruise ships made abroad, as well as other transportation equipment. Florida drew $6.7 billion in direct spending from the cruise industry in 2011, according to the Cruise Lines International Association. Mr. Rubio and Sen. Jeff Flake who both advocated for the construction industry during negotiations, included a provision, which many in the construction industry had feared dead, allowing foreigners to work in such higher-skilled jobs as electricians, plumbers and welders.” (Sara Murray, “Pet Projects Sprinkled In Immigration Bill,” WSJ, 4/21/13)

Rubio has denied it was done just for Florida, confirming: “There is a provision Rubio suggested to make it easier for foreign workers to come to the U.S. for 90 days in the case of natural disasters or other emergencies.”

House Speaker John Boehner, has enlisted former Republican VP candidate Paul Ryan to promote the House  plan. Ryan and  the Republicans are working with some far-left House Democrats, including  Rep. Luis Gutierrez, a  former member of the Marxist-Leninist Puerto Rican Socialist Party, and Xavier Becerra, both  members of the Congressional  Progressive Caucus and both longtime amnesty activists.

By the way, by the time this is passed, the actual number of amnestied illegals is going to be around 20 million, not 11 as cited.