Joe Cocker at the 2009 New Orleans Jazz and Heritage Festival

The world has lost a true music legend. Joe Cocker, of Mad Dogs and Englishmen fame, has died after a long battle with lung cancer. He was 70.

The singer who was known for his gravelly voice, and unique performing style, was born in Sheffield, England and had a career that spanned over 50 years. He was living in Colorado at his appropriately named Mad Dog Ranch with is wife of 27 years, Pam, when he passed away.

Cocker was probably best known for his rendition of the Beatles tune: With A Little Help From My Friends which he took all the way to number one on the charts in 1968. Some, including myself, feel Cocker’s version of A Little Help was better than the original Beatles recording. It was certainly the definitive version. Cocker would perform this tune at Woodstock in 1969, and the rest, as they say, is history.

Cocker is also known for his wildly successful Mad Dogs and Englishmen Tour of 1970, which visited 48 cities across the US and spawned a wonderful live album and movie of the same name.

All in all, there are some 40 Joe Cocker albums, including 22 studio albums. Along the way he recorded such greats as the Randy Newman penned You Can Leave Your Hat On, Dave Mason’s Feelin’ Alright and Leon Russell’s Delta Lady and an amazing version of She Came In Through The Bathroom Window which his great friend Paul McCartney gave him, and he managed to get out before the Beatle’s own version hit the airways! Cocker was friends with both McCartney and George Harrison, and they would often play him Beatles tunes before they recorded them.

The 1982 duet Cocker recorded with Jennifer Warnes: Up Where We Belong from An Officer And A Gentleman, hit number one and went on to earn him both a Grammy and an Academy Award in 1983. Cocker was recognized with an OBE for services to music in 2007

Like many of his day, Cocker got mixed up with drugs and alcohol and was on his way to joining Jimi Hendrix, Janis Joplin, and Jim Morrison as a casualty of drug and alcohol abuse. In 2013 he told an interviewer: “Drugs were everywhere and I dived in head first!” He had problems with both heroin abuse, as well as excessive drinking.

In 1978, after years of abuse, with his career in shambles, and suffering deep depression, he met his future wife Pam Baker while he was staying at Jane Fonda’s ranch in Santa Barbara, California. Baker, a local summer camp director, persuaded Fonda to rent Cocker the ranch house. A huge fan of his music, it was Pam who convinced him to turn his life around, and they started dating. They were married in October of 1987.

In the 2013 interview Cocker stated:

It was Pam who helped me get myself back together. She made me think positively. I was very down on myself. She made me realize people still wanted to hear me sing, and convinced me I could escape the downward spiral.

Besides doing crazy things like throwing his shoes at the audience, Cocker once said, during his drug and alcohol days, at his worse, he would be so drunk during concerts he would just sit down on the stage and stare into the crowd until they all left!

After hooking up with Pam he got clean and sober, and stayed that way.

It was in the early 1980s that we saw Cocker in Austin, Texas at a place called The Club Foot, “The Only Club Named After A Physical Affliction” as their signage and advertising propaganda proudly stated. Charlie Midnight was the opening act. Not that we cared.

Joe Cocker was awesome. The band was tight, his singing was as good as it ever got. It was a work night, with work being 100 miles north in Waco, but we stayed until the last encore. It was worth being useless the next day! Having been lucky enough to grow up during a period when many Hall of Fame legends toured, and blessed to have seen many of them perform live, that night is one that will always remain one of the best concerts among many “bests” I’ve had the privilege of seeing.

Though he lived in Colorado for decades, he was still proud of his English roots, saying:

I’ve been living in the States so long that I thought about becoming a U.S. citizen, but I’d have to renounce my allegiance to the Queen. As a proud Englishman, I don’t think I could do that.

In September of this year Billy Joel, while performing at Madison Square Garden noted that Cocker was “not very well right now” and asked that he be inducted into the Rock and Roll Hall of Fame.

Upon his death, Cocker’s agent Barrie Marshall, said Joe was “without doubt the greatest rock/soul singer ever to come out of Britain.”

WE LOVED YOU FOREVER, WE WILL MISS YOU ALWAYS…RIP JOE COCKER.

Joe Cocker has died. RIP my good friend, you were one of the best rock singers EVER. #respect #verysad #hugeinfluence #whenthenightcomes

Sir Paul McCartney said he would be “forever grateful” to Cocker for turning With A Little Help From My Friends into a “soul anthem“, saying: “I knew him through the years as a good mate and I was so sad to hear that he had been ill and really sad to hear today that he had passed away. He was a great guy, a lovely guy who brought so much to the world and we’ll all miss him.”

Goodbye and God bless to Joe Cocker from one of his friends peace and love. R😎✌️🌟💖

Edgar Berger, Chairman and Chief Executive of Sony Music Entertainment International, who signed Cocker, said he was “one of the most humble men I’ve ever met.” adding: his voice “will forever be etched in our memories.”

Joe Cocker was still performing as of 2013, and here’s video of him performing at Hammersmith Apollo in London in May:

Summer In The City Covering the old Lovin’ Spoonfuul classic, which he makes absolutely his own:

Of course NO tribute to Joe Cocker would be complete without:

With A Little Help From My Friends Live from Woodstock, 1969

You Can Leave Your Hat On a favorite of exotic dancers for decades!
Video from the movie 9 1/2 Weeks with Kim Basinger and Mickey Rourke. Most definitely NOT safe for work! [nudity]

Godspeed Joe, you were one of the greats and will be sorely missed.

To quote the Righteous Brothers: “If there’s a Rock and Roll Heaven, you know they got a hell of a band!” [RIP Bill Hatfield] 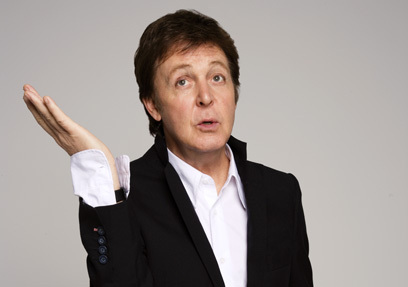 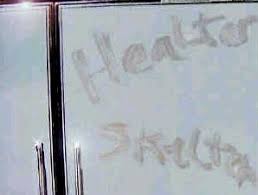 Ironically, to date, not one dot connects Sarah Palin, the target of this bill, with Jared Loughner.